One or Two Hands on the Kettlebell Swing? 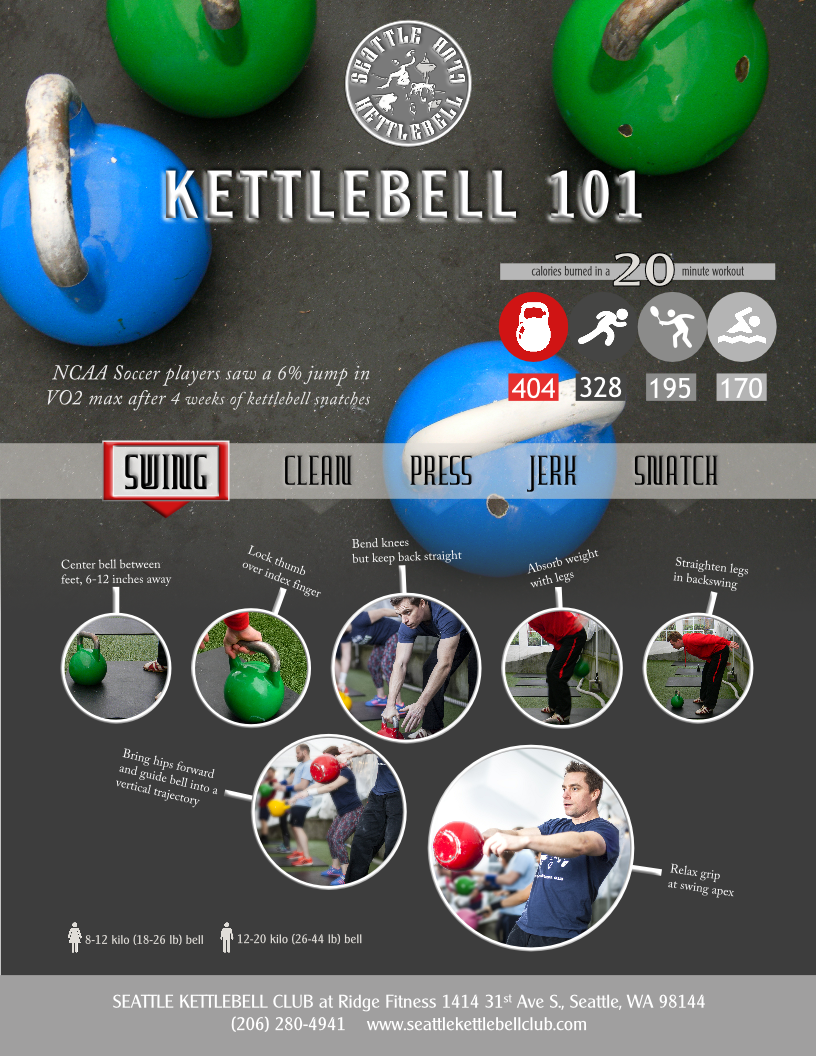 I hear the question of "which is better, the one or two handed swing?" a lot.


I'm a big proponent of the "can't grip it, can't lift it" principle when it comes to the swing. If you can't lift it with one hand you probably shouldn't swing it - it's like a built in safety. There is also the anti-rotational benefit of the single handed swing that really benefits core stabilization. Lastly, the handles on kettlebells rarely fit two hands comfortably, leading me to believe they are not designed for two handed use. This just seems like common sense to me.

The Secret to Burning 1200 Calories Per Hour 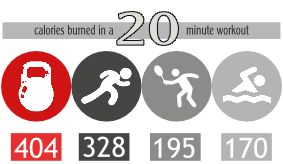 In our most recent blog post WHY TRAINERS ARE GOING BALLISTIC FOR KETTLEBELL SPORT & YOU SHOULD, TOO, we referenced a study sponsored by the American Council on Exercise (ACE) which found a 20 minute workout consisting of kettlebell swing and snatch intervals to burn 20.2 calories per minute, equating to 1212 calories per hour!

Now, this little factoid gets used ad nauseam in kettlebell articles across the web and we used it, too because it still gets me really excited.  I mean, it's amazing and it's validating.  However, even though it's probably obvious I can't let it go unsaid...

Despite what the internet would like you to believe, you're not going to go to your first kettlebell class or PT session and burn 1212 calories.  The catch here is actually my favorite thing about kettlebells:

It's more than a workout, it's a practice.

You've got to build up to it.  That's what kettlebell sport training is all about.  In the beginning, a two-minute set of swings or snatches will probably be challenging.  When you're there, it might blow your mind a little that there are people who actually do hour-long marathon sets - without ever putting the bell(s) down!  If swing and snatch intervals with rest would produce 1212 calories burned, imagine what a marathon set would do!

If you're interested in "the journey is the destination" kind of exercise, we think you'll love kettlebell sport training and we invite you to "go from kettlebell shmo to kettlebell pro" during a SIX WEEK KETTLEBELL 101 CLASS SERIES.  Out of the area?  Join us for training via Skype.

Posted by Unknown at 9:35 AM No comments:

Why Trainers are Going Ballistic for Kettlebell Sport & You Should, Too


If you’re like most Americans, you probably only recently became aware of what they are, but kettlebells have been with us for a long time.  It’s believed that kettlebells were used as scale weights in Russia even as early as the 17th century, when people began to marvel at the incredible strength and agility of the farmers who used them. 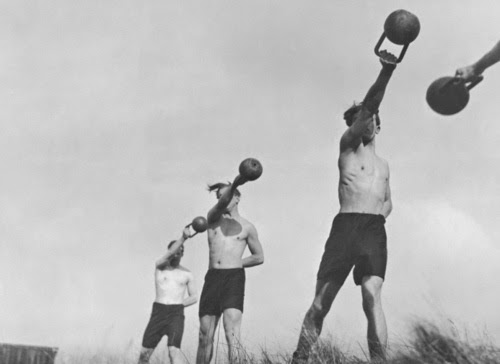 Fast forward to the Cold War, when there was fierce competition between the East and the West to become the dominant superpower.  Huge amounts of resources went into creating a stronger nation.  Many resources went to infrastructure and weapons and other resources went into creating stronger, smarter and more resilient people.  Out of this arms race, the Soviet Union took kettlebell lifting (a favorite pastime of peasants) and turned it into a competitive sport, with the first documented competition being held in 1948.  Rules and regulations formed over the subsequent decades, culminating with membership in their National Sports Federation.

The creation of the sport turned ordinary weightlifting into a very scientific, traceable and effective way of training the muscular, cardiovascular and nervous system.  The competitive nature of the sport rid it of the inefficiencies and inadequacies of basic kettlebell lifting and adopted the best practices of the top lifters.  The basic lifts - the swing, the clean and the press - remain the same in name, but it is the efficiency in which they are done that separate kettlebell sport from other types of kettlebell workouts.

Kettlebell Sport events include the jerk, snatch and long-cycle. Whether you are competing against yourself or others, your ranking is determined by your weight class, the weight of the kettlebells you use to compete, and the amount of reps you complete in a 5 or 10-minute time limit.  Kettlebell sport has been referred to as fluid style kettlebell lifting because of the smoothness of the movements and the relative ease at which the athletes seem to make the weight levitate.  It is this smoothness that allows you to perform the higher repetitions which benefit the cardiovascular system while being easy on the joints and gaining superhuman strength at the same time.

It takes true mastery of the techniques in order to make it look effortless, which is why it appeals to intellectuals as well as gifted athletes.  It is fantastic strength and endurance training, and a study sponsored by the American Council on Exercise (ACE) found a 20 minute workout consisting of kettlebell swing and snatch intervals burned 20.2 calories per minute, equating to 404 calories in those 20 minutes, or 1212 calories per hour!


When I first picked up a kettlebell it was not with the intention of becoming a kettlebell instructor.   I had heard stories that kettlebells could improve your core and grip strength and improve stability around your shoulders, knees, ankles, etc.  I was curious and thought the kettlebell might improve my deadlift, squat and bench press, so I started some very simple exercises with a very light kettlebell to see if I could get a bit of a boost.  Immediately I was humbled by the amount of work that I could get in with such a small, compact weight.  With kettlebells, I was building more strength than ever - and faster, I might add - and I was developing my cardiovascular capacity, which I had never been able to do with powerlifting.  My joints were feeling better instead of worse after a long workout.  The kettlebell challenged me in ways I'd never been challenged... it was living up to its reputation.  Ultimately I transitioned from using kettlebells to assist my barbell work to using barbells to assist my kettlebell work.

As a personal trainer and the 2014 WA USAPL Coach of the Year, I love that while kettlebell sport can be very challenging it is a sport that even if they never compete, people of all fitness levels and abilities can learn, practice, and achieve fantastic rewards from… making it a true sport for the everyman.