Chapman met SKC owner Nikolai Puchlov when he started using kettlebells back when he was a personal trainer at a different gym. Before working with kettlebells, Chapman said his weight would flip flop because he just couldn’t find a workout routine he wanted to stick to - that is until he discovered kettlebell training.

“A lot of the lifts use so many different muscles. I like that you’re always getting a full body workout,” Chapman said. 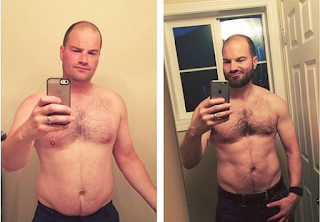 Since he’s been with SKC, Chapman has started eating better, uses a Fit Bit to make sure he gets 10,000 steps a day, and as a way to quit drinking, he started by attending the Sport classes at 5:30 am five times a week. Anyone who has taken a class at SKC knows that they are not hangover friendly.

“I have so much more energy at work; I get so much more done. I feel good,” Chapman said. “You can tell when people get addicted to it because I start seeing them every day.”

Chapman has competed in 7 kettlebell sport competition. He enjoys the challenge of competition, how supportive the kettlebell community is, and how accessible the sport is for so many people.

“Once you get the technique down, you’d be surprised with how strong you can get,” Chapman said. “When you go to competitions, there are women who are tiny, and they are lifting just as much as some of the strongest guys. It’s all about technique.”

Married for 6 years, Chapman has three kids, including a 3-month-old, and he works as a real estate appraiser meaning he spends a lot of time on the road. With little free time, he appreciates how compact the classes at SKC are.

“As a dad with three kids, this is basically my social life. I don’t get out of the house too much,” Chapman said. "When I get to the classes, I feel like I’m getting personal training. It’s hard. You don’t get to screw around.” 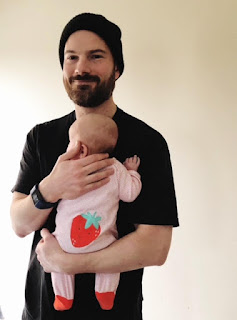 One of the many factors that keeps Chapman coming to SKC is how the coaches are good at motivating members to push themselves while also focusing on safety. He also urges newcomers not to be intimidated.

“Just come in and talk to Nikolai or one of the trainers. I know they would immediately make you feel at ease," Chapman said. "There are people who are really strong and really far along at the gym, but there are also lots of people who are just starting out.”

Start your own transformation today. Go to seattlekettlebellclub.com/join to sign up!


Posted by Seattlekettlebells at 2:41 PM No comments: Links to this post

Last year, Jennifer Delanty realized that at the age of 54 her weight was simply too heavy, so she started with tracking her daily steps and signed up to climb the Space Needle for a Fred Hutchinson fundraiser. However, before the climb up the needle’s 832 steps, Delanty needed some extra training, which is what brought her to Seattle Kettlebell Club.

Not only did Delanty hike up the space needle but she also found that she could climb the needle nonstop, and she is convinced that taking the KettleFIT classes at SKC did the trick. 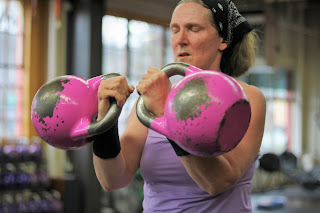 “I’m 55 years old. I’m glad that I can do something at this point in my life that feels so gratifying and has such almost instantaneous results,” Delanty said of Seattle Kettlebell Club’s classes. “I just love how strong I feel now and after just these few months of work.”

“I don’t want to undo all the hard work I’ve done here by putting a bunch of junk in my body,” Delanty said.

Delanty lives a hectic life: her love for her church and advocacy for social justice issues in Seattle keep her busy. Plus, she works for a small insurance agency and takes care of her father who lives with her, which is why she appreciates that the KettleFIT classes are so short yet effective. 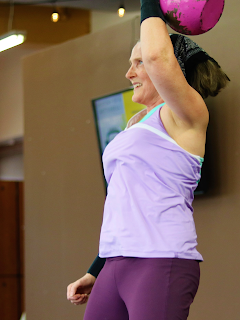 While she agrees that people can be insecure about coming in for the first time, Delanty praises the owners and trainers of SKC for endorsing a body-shaming-free environment as well as welcoming members of all shapes, sizes, and fitness levels to take classes.

“Kettlebell training is so much like yoga. You just start where you are. Don’t be attached to where other people are at,” Delanty said. “I just can’t tell you how much better I feel. I just feel so good.”

Delanty hopes to continue gaining strength, reducing inches and pounds (she's lost 25 pounds already!) and taking care of herself mentally, physically, and spiritually. Now that her four children are grown, she looks forward to SKC playing a big part in this new chapter in her life.

“There’s always further to go. You never master kettlebells. There’s always another weight to go up to, and you can just keep testing yourself,” Delanty said. 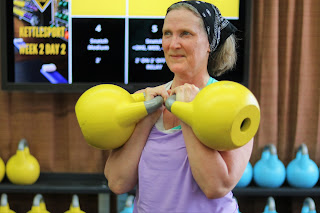 Want to become your own Wonder Woman or Superman? Go to seattlekettlebellclub.com/join for more info on how to join.

Posted by Seattlekettlebells at 4:35 PM No comments: Links to this post