With a past of injuries including a fractured wrist and a broken back, one could say Jennifer Zeyl hasn’t had the best physical luck, but she’s seen tremendous improvement in her joint strength since joining Seattle Kettlebell Club.

“The thing about kettlebell practice is that it strengthens the core, lower back, and hip flexors,” Zeyl said. “Everything feels supported and more powerful.” 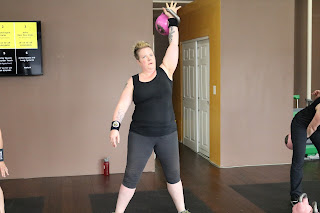 Although she would not describe herself as a sporty child, having four older brothers always kept Zeyl on her feet. When she was 18, she began working as a carpenter and painter for the theatrical scenery industry, so all the moving and heavy lifting kept her active. However, after receiving her Master of Fine Arts in Scenery Design at UW, her work became more desk oriented, and she grew concerned about her joint health since both her mother and grandmother had issues in the past.

“When I stopped moving all the time to execute my own work, I had to find something,” Zeyl said. “I realized I had to do something, or my body was going to fall apart,” Zeyl said.

Back in December, the boot camp she was attending started phasing out due to weather changes, and after reading an article that South Seattle Emerald wrote on SKC, and she found herself hooked on kettlebells after just a few classes.

“After the Core 6, I was like 'this is the funnest thing ever,'” Zeyl said. 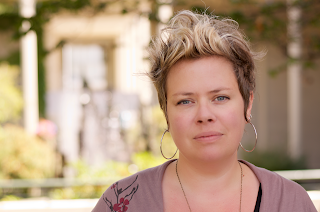 Being an extremely busy woman and working as the Artistic Director at Intiman Theatre, a theatre with a social justice mission, Zeyl appreciates that SKC offer classes throughout the day, and she compares taking classes with other instructors as having multiple style guides.

“All the instructors are different, super lovely, and have different nuance ways of teaching. I’ve learned something specific from each one of them,” Zeyl said. “It’s a really rich experience.”

Also, with issues in her knees and shoulders, Zeyl loves that each instructor offers encouragement and exercise modifiers since she cannot perform some high impact exercises, but she’s seeing great development since joining SKC. For example, her squats are getting deeper.

“There are muscles that are tag teaming in that are getting me further than just wailing on the joints,” Zeyl said.

Born on the East Coast, Zeyl moved to Seattle in 2001, and she lives in the oldest building on Capitol Hill with her husband of 15 years, and dog, Juno. Claiming that Seattle is the most beautiful city in the world (no arguments here), Zeyl plans to continue to make grand contributions to the theatre community, and to keep coming to the KettleFit classes at SKC. 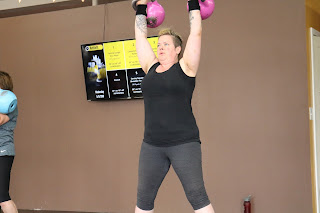 Due to her genetic issues and poor knees, Zeyl estimates by the time she’s in her early fifties, she’ll probably have to have a knee replacement.

“You bet your butt this is where I’m coming to rehab,” Zeyl said.

Zeyl encourages newcomers of SKC to not be discouraged by soreness after the first class.

“Muscles get sore if you haven’t been using them,” Zeyl said. “If you continue to use them, they get less sore. The biggest thing I would encourage people to do is to move through muscle soreness.”